Ewen and His Instruments

Ewen studied at the Newark School of Violin Making, where he was taught by makers such as Paul Bowers, Rowan Armour Brown and Glen Collins.  He has now been making high quality violins and violas, based on the old Italian instruments, for thirty years.

The instruments are made in his workshop at Channerwick, Shetland.  Amongst musicians playing Ewen's Instruments are a number of world-class folk musicians, including Megan Henderson (Braebach), Ewen Henderson (Manran) and Craig Espie (Skerryvore); Shetlander's Chris Stout, Kevin Henderson and Andrew Gifford, of Fiddler's Bid, Bryan Gear and Ross Couper (Peatbog Faeries); Irish musician's including Manus McGuire (Brock McGuire Band); and American musician Bruce Molsky.  His instruments are also played by a number of professional orchestral musicians in the UK.

National Museums Scotland commissioned a violin from Ewen, for their new gallery dedicated to performance traditions from across the world. Previous commissions include the Mendelson in Mull Trust and the Royal Northern College of Music.

Ewen is a musician himself, playing fiddle in Shetland band Haltadans. 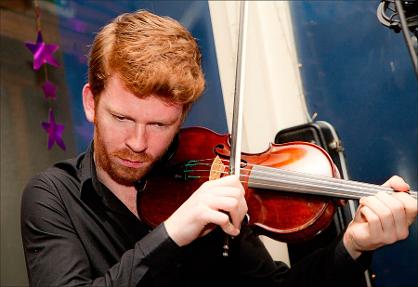